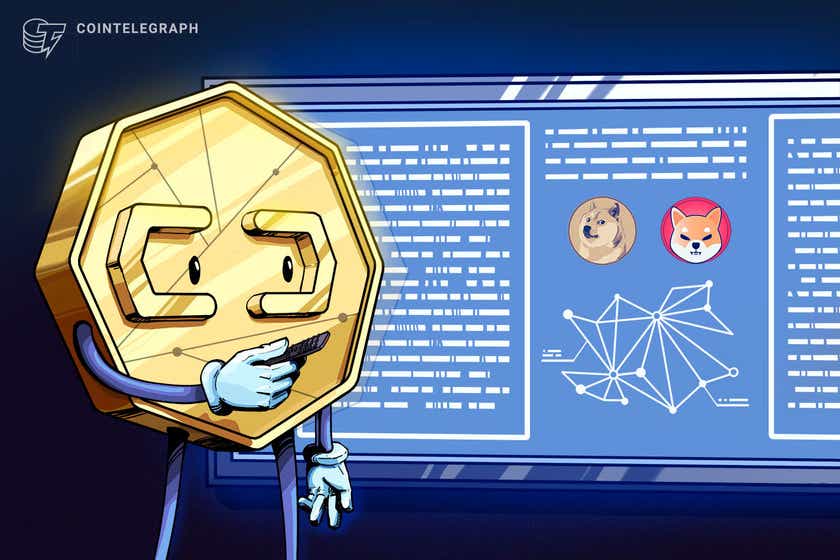 Who doesn’t love a good meme? Here’s how DOGE, SHIB and other meme tokens are tugging crypto’s leash toward mass adoption.

2021 has been a breakout year for the cryptocurrency sector, as the passage of the first Bitcoin (BTC) exchange-traded fund (ETF) is a sign that crypto is becoming more mainstream and has the potential to lead to an increase in investors’ exposure to BTC.

The influx of new participants into the market throughout the year has had a profound impact on the overall culture of the crypto ecosystem. Ideas of privacy and a secure store of value have been overshadowed by the culture of memes as PePe’s and Wojacks have become endemic to crypto Twitter, where frens say “gm” to each other every day and respectfully call each other “ser.”

And, now, the surging price of dog-themed meme coins like Dogecoin (DOGE) and Shiba Inu (SHIB) have once again captured the attention of the market, much to the chagrin of the Bitcoin maximalists. Even mainstream news sources can’t help but discuss the topic which further promotes the growing crypto meme culture to the wider public.

Here’s a look at how the culture of crypto is shifting as the interests of newcomers to the ecosystem are transforming the overall landscape of the crypto sector.

The power of the meme and the transformation it has caused in the perception of crypto and non-crypto investors can be seen in data provided by a recent study by Bacancy Technology, which found that Dogecoin has, by far, been the most searched for cryptocurrency in the United States in 2021 with 2.3 million more searches than the second-place which is Bitcoin.

Dogecoin is a pre-2017 meme token that was originally created as a joke and features a cute and loveable Shiba Inu dog as its token sign.

Until recently, there had been little development occurring on the Dogecoin code and no roadmap to speak of, but the 2021 community-driven revival of the project sent the DOGE price from sub $0.01 to an all-time high of $0.738, and frequent mentions by Elon Musk have cemented the token’s meme status. The newfound success of the project kickstarted several teams of developers who are exploring ways to upgrade the network and provide it with a use case.

Shiba Inu came in fourth place of the most searched cryptos in the United States, despite the fact that its popularity and price didn’t start to see any meaningful rise until April of this year as it beat out all other major layer-one and decentralized finance (DeFi) protocols besides Bitcoin and Ethereum.

The masses of newly arrived crypto investors appear to not be looking for a financial product that offers them an extra yield or the most established token to act as a store of value, but rather a high-supply token that is associated with a “humans best friend” and a promise of overnight riches.

Meme tokens have become so popular that CoinMarketCap has dedicated a separate page to rank the “Top Doggone Doggerel Tokens,” which has now evolved into a growing list of more than 118 tokens.

Regardless of how some of the Bitcoin maximalists or fundamental analysts feel about this emerging sector and its lack of a use case, major financial services companies like Robinhood have listed DOGE and also seen significant revenue from its trading, meaning that meme tokens have caught the eye of other brokerage firms who want a piece of revenue that comes from capturing trading fees and onboarding new users.

Coinbase has listed DOGE and SHIB, the latter of which recently sparked a system outage on the top U.S. crypto exchange due to excessive user demand, as the tokens price was running up on Oct. 27.

It’s possible that younger investors view Bitcoin as a legacy coin that may go up in price, but at this point, won’t make them rich. Meanwhile, SHIB saw a 1,000% increase in less than a month and its small unit value still excited many retail investors.

The future of meme coins

If meme coins are here to stay, then it might be a good idea for the savvy crypto investor to understand how they can affect the market and what may come from them in the future.

In a way, Dogecoin and Shiba Inu represent a larger macro transition underway in the blockchain ecosystem from the original proof-of-work (PoW) consensus mechanism that is used by Bitcoin and Dogecoin to a proof-of-stake (PoS) consensus, smart contracts capabilities and the possibilities that they open up as is found on Ethereum 2.0 (Eth2) and utilized by SHIB.

Dogecoin is the meme coin for the old-school crypto crowd who prefer a secure network that can reliably store and transact value, while Shiba Inu is the next generation meme coin that has incorporated the worlds of DeFi and NFTs through the launch of its ShibaSwap decentralized exchange and Shiboshi NFT line.

The ethos of cryptocurrency evolves over time

Bitcoin and the cryptocurrency market rose out of the will of financial freedom fighters, cypherpunks and libertarian-minded folks who wanted to take back control of their financial sovereignty and escape the global central banking system.

As time passed and the ecosystem grew, much of that ethos has shifted toward concepts that appeal to a wider population.

As much as these original adopters don’t want to admit it, one of the ways to get more people involved in cryptocurrencies and thus drive up the price of BTC and altcoins is through the rise of sub-sectors like meme coins that tap into the interests of the general public who like superheroes, sports teams and the endless laughs provided by internet meme culture.

It’s the things that are shared widely on social media or discussed on a night out with friends that have the best chance at making an impact on people’s perceptions and memes can help push cryptocurrencies closer to mass adoption.

Want more information about trading and investing in crypto markets? 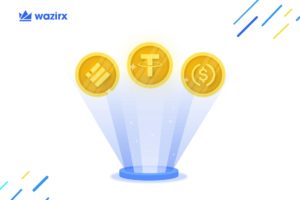 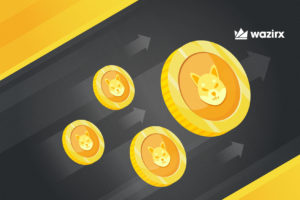