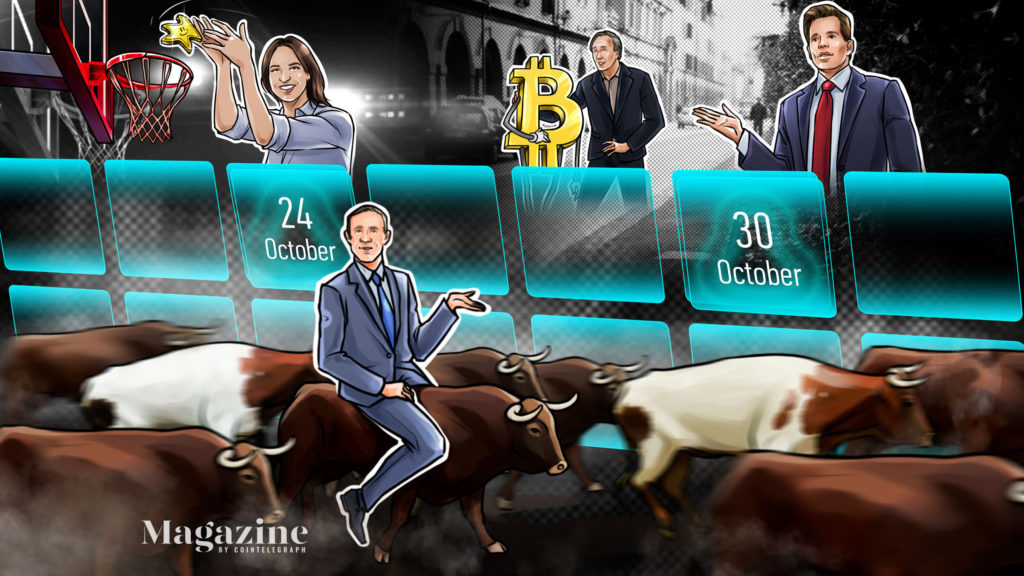 Bakkt shares skyrocket after partnering with Mastercard and Fiserv

On Monday, the share price of the Intercontinental Exchange-backed crypto services company Bakkt (BKKT) surged 120% on the back of two major partnerships with Mastercard and Fiserv.

The news sparked a bullish rally that saw BKKT surge by 120% to sit at $30.60 by the end of trading on Monday.

ProShares achieved a major milestone for the crypto sector this week after the firm debuted its Bitcoin (BTC) futures-based exchange-traded fund (BITO) on the New York Stock Exchange (NYSE) on Tuesday.

ProShares Bitcoin Strategy ETF saw around $1 billion in volume on its opening day, with Bloomberg analysts stating that it was arguably the largest first-day volume for an ETF in terms of natural or grassroots interest.

After two days on the NYSE, ProShares ETF became the fastest fund ever to reach $1 billion in assets under management. Following ProShares ETF, many onlookers are waiting to see how the next in line performs. At the time of writing on Friday, Valkyrie just launched its Bitcoin futures ETF on the NYSE.

While there has been a lot of hype surrounding the long-awaited launch of the first U.S. Bitcoin ETFs, Grayscales executives highlighted that the Grayscale Bitcoin Trust (GBTC) actually outperformed them last week.

Over a seven-day period starting from Oct. 19, the industry stalwart GBTC returned around 8.8%, while the new and shiny ProShares Bitcoin Strategy ETF dipped around 0.5%.

Despite Grayscale outlining plans to convert GBTC into an ETF, Barry Silbert, CEO of Grayscales parent company Digital Currency Group, was still keen to rub salt in the wound, as he highlighted GBTCs higher trading volumes compared to BITO. As of Monday, GBTCs volume totaled $374 million, while BITO managed to generate $286 million.

The Volt Crypto Industry Revolution and Tech ETF, which is trading under the ticker BTCR, opened at $21 in a nod to Bitcoins max supply of 21 million BTC. BTCR tracks companies with significant exposure to Bitcoin, such as MicroStrategy, Tesla, Twitter, Square, Coinbase and several BTC mining firms.

According to Volt Equity, the ETF is implementing a management approach informed by PlanBs Bitcoin stock-to-flow model, a quantitative model intending to predict BTCs price. Volt Equity told Cointelegraph that the firm will gauge the market behavior of Bitcoin and adjust its exposure to mining firms if the asset drops in value significantly.

Superstar NFL quarterback Tom Brady almost lost the ball he threw for his record 600th touchdown pass this week after wide receiver Mike Evans mistakenly handed it off to a fan after scoring.

Evans apparently did not realize that it was the quarterbacks record pass at the time. However, Brady revealed after the game on Monday that he offered the fan 1 BTC as thanks for handing it back quickly.

The Tampa Bay Buccaneers also agreed to give the fan two signed team jerseys, a helmet with Bradys autograph, Mike Evans game cleats as well as a jersey signed by the wide receiver, season tickets for the rest of the year and through 2022, as well as a $1,000 credit towards purchases at the teams store. Many onlookers have complained that it was a weak offer, as the ball could have sold for a much higher value via auction.

On Thursday, an unknown crypto billionaire was unveiled after their wallet address was shown to be worth $5.63 billion in SHIBA INU (SHIB).

The anonymous SHIB hodlers $3,400 investment in the dog-themed token in August 2020 equated to a value of $1.55 billion. Out of the total of 44 purchases since that time, the investor never spent more than $3,200 on the asset at one time.

SHIB has since seen a sharp pullback, allowing DOGE to briefly regain its status as the number one memecoin. At the time of writing, DOGEs market cap sits at $36.1 billion, while SHIBs figure stands close behind at $38.5 billion. 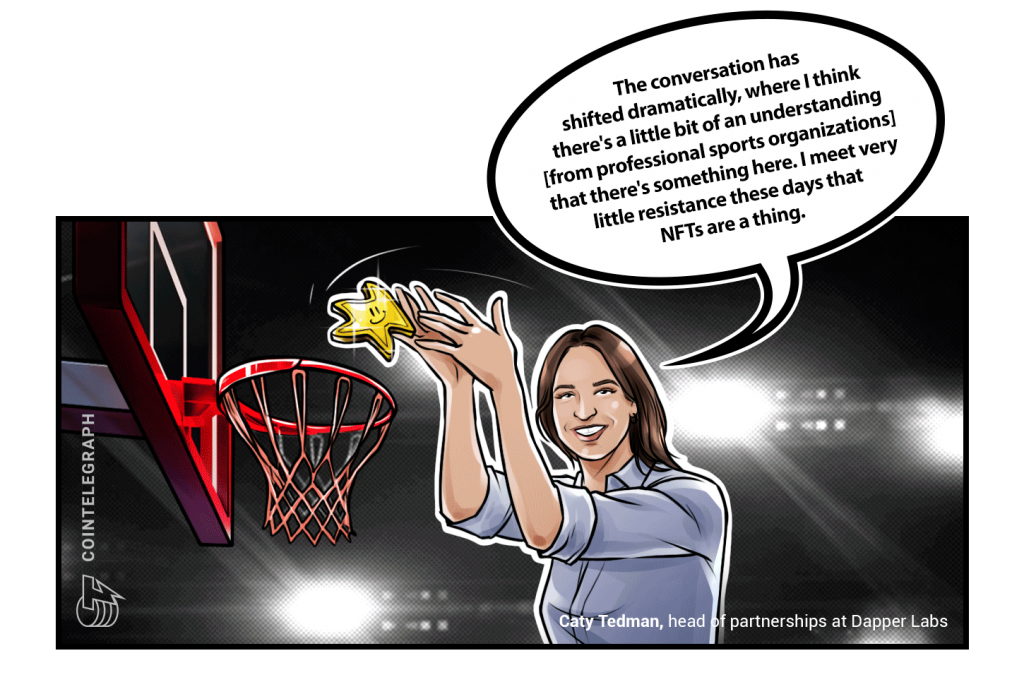 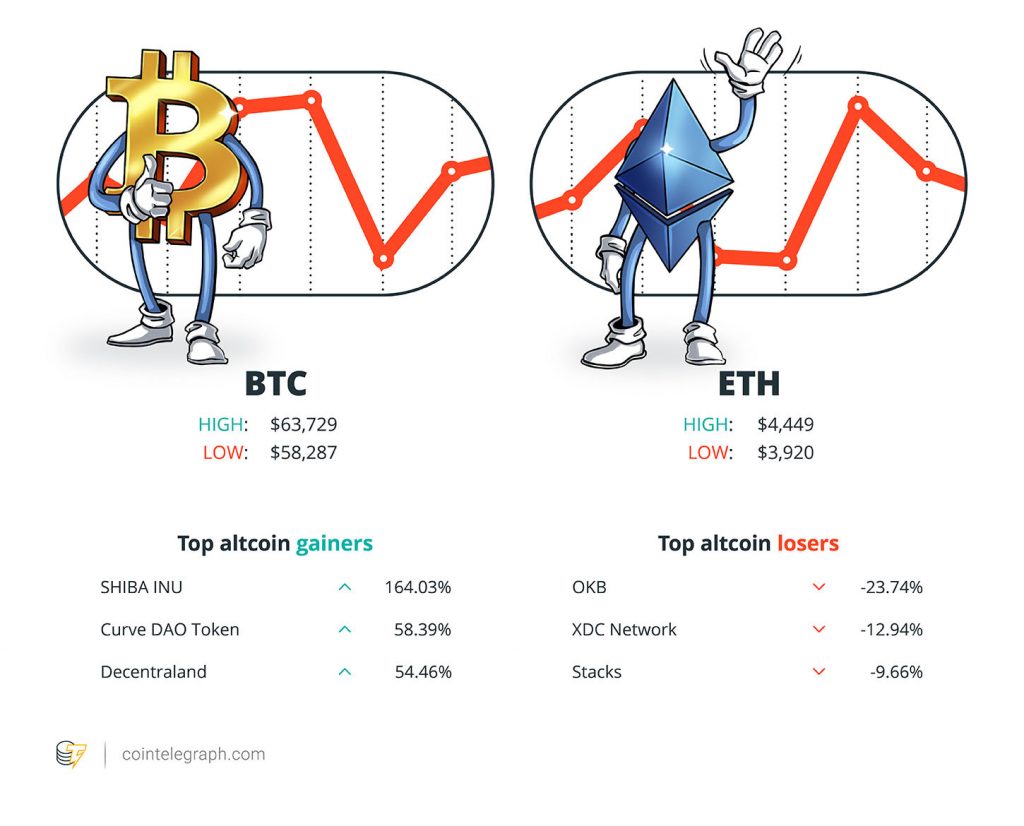 Anybody that does the homework […] ends up investing into it. Look at Ray Dalio, a Bitcoin skeptic, now a Bitcoin investor.

#Bitcoin is the most practical solution for a consumer, investor, or corporation seeking inflation protection over the long term.

To a degree, we think rising regulations could be a positive for Coinbases competitive positioning, particularly versus business models that predominantly rely on markets being unregulated.

As of yesterday, the total size of the digital asset market was $2.7 trillion. Among that $2.7 trillion, nearly 60% were commodities. […] Given the size, the scope and the scale of this emerging market, how its interfacing and affecting retail customers, and with the scale of the growth being so rapid, potential financial stability risks in the future, I think its critically important to have a primary cop on the beat.

Creators, owners and operators or some other persons who maintain control or sufficient influence in the DeFi arrangements, even if those arrangements seem decentralized, may fall under the FATF definition of a VASP where they are providing or actively facilitating VASP services.

GameStop is looking for a unique individual who can help accelerate the future of gaming and commerce. In this future, games are the places to go, and play is driven by the things you bring. Future creators wont just build games but also the components, characters, and equipment. Blockchains will power the commerce underneath.

“The conversation has shifted dramatically, where I think there’s a little bit of an understanding [from professional sports organizations] that there’s something here. I meet very little resistance these days that NFTs are a thing.”

There may be some parallels here between the 2017 bull run and this 2021 cycle; however, adoption is far greater, open interest is higher, and the utility of crypto is unrecognizably farther along than in 2017.

Bitcoins price sustained a bit of turbulence this week, trading above $63,000 before falling down to around $58,000, based on data from Cointelegraphs BTC price index. Following the dip, Bitcoins price rallied back up past $62,000.

Zooming out on a longer time horizon than just this week reveals similarities in price action between 2021 and 2017 (one of the crypto markets notable bull runs) according to charting from Twitter user Smart Crypto. The Twitter personality posted a tweet showing two charts side by side one from 2017 and one from 2021.

Both charts showed Bitcoins price action from July until the end of the year. The charts look as if 2021 rhymes with 2017 in terms of Bitcoins price action. If BTCs chart continues playing out similarly to 2017, the asset could be in for a notable rise in value ahead. Smart Cryptos tweet was seemingly based on analysis from Twitter user TechDev. 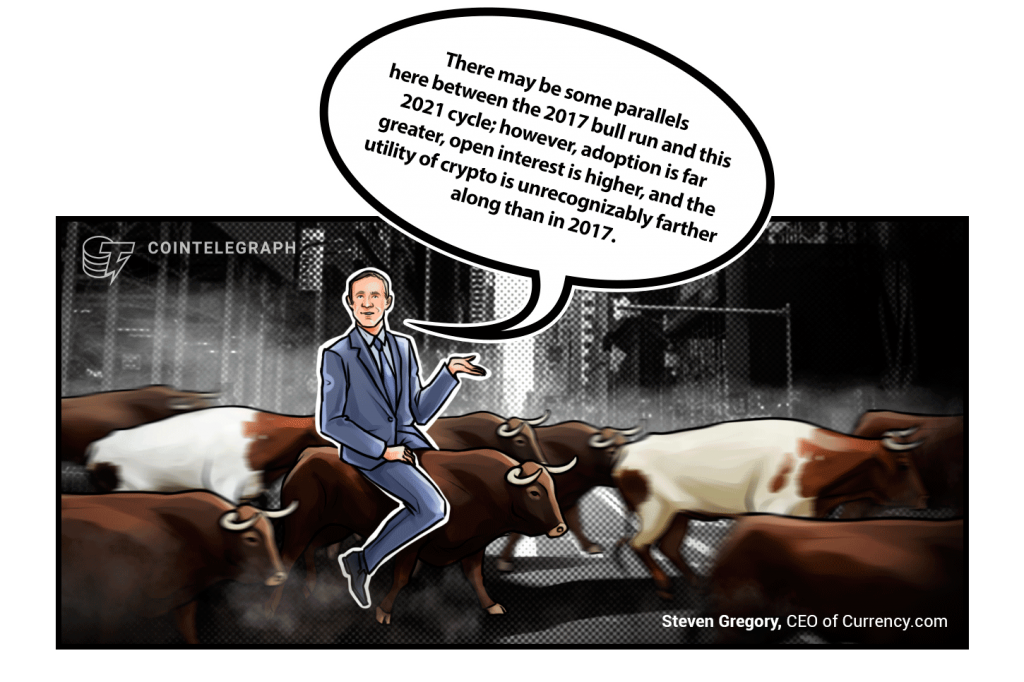 Earlier this week it was reported that the Commodity Futures Trading Commission (CFTC) was investigating Polymarket, a New York-based decentralized prediction market platform.

The news was first reported by Bloomberg, citing anonymous sources who claimed that the CFTC was looking to gauge whether the firm was enabling customers to trade binary options and conduct swaps that should be registered with the financial regulatory agency.

Polymarket is firmly committed to complying with applicable laws and regulations and to providing information to regulators that will assist them with any inquiry, a spokesperson from Polymarket said.

It was reported on Thursday that the U.S. Securities and Exchange Commission (SEC) had knocked back two Bitcoin ETF applications from Valkyrie and Direxion.

On Tuesday, Direxion filed for a product that would enable investors to buy contracts that short the price of BTC, while Valkyrie applied for a leveraged BTC futures ETF the following day.

As many onlookers have pointed out, the SEC appears to specifically favor Bitcoin ETFs that offer direct exposure to futures contracts, as opposed to funds that are directly backed by the asset, or ones that are leverage-based and shorting-focused in this instance.

US gov attorneys to target individuals and gatekeepers for crypto prosecutions

A group of high-ranking U.S. government attorneys from the SEC, Department of Justice (DOJ) and CFTC outlined their agencies directives for white-collar crypto enforcement on Wednesday.

The SECs enforcement director, Gurbir Grewal, said the regulator is putting its focus on gatekeepers, as he noted that “they’re the first line of defense more often than not against all manner of misconduct.” Grewal added that the SEC is also keeping an eye on unregistered crypto exchanges, unregistered and fraudulent initial coin offerings, and crypto-lending platforms.

Nicholas McQuaid, the principal deputy assistant attorney general of the DOJ’s Criminal Division, said that his agency is looking to crack down on fraudulent individuals specifically. While Vincent McGonagle, the acting director of the Division of Enforcement for the CFTC, said that regulators are focusing on the wild west of decentralized finance (DeFi). 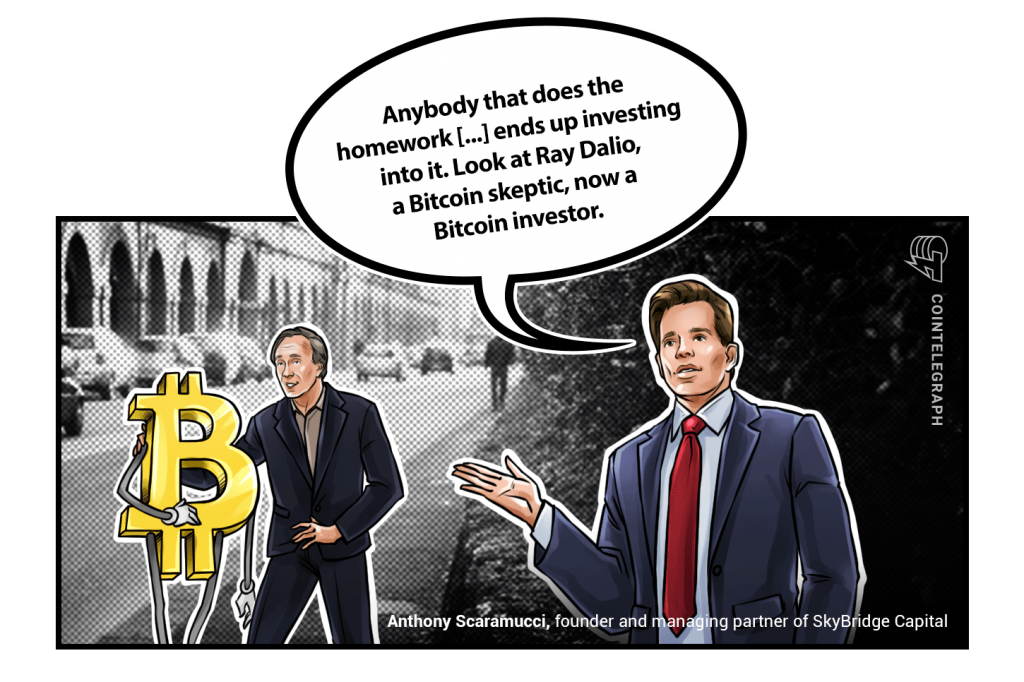 Nonfungible tokens will become a critical component of all brands marketing and digital strategy initiatives.

Why now? SEC took eight years to authorize a Bitcoin ETF in the US

The SEC has been holding steady for years, but the real-world dynamics of crypto adoption and maturation rendered an ETF approval all but inevitable.

The city that never sleeps is one of the major hubs in the crypto world despite the best efforts of regulators. 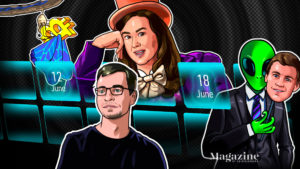 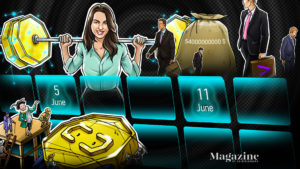 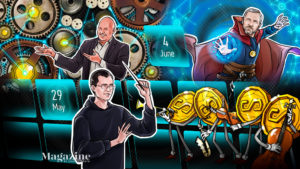