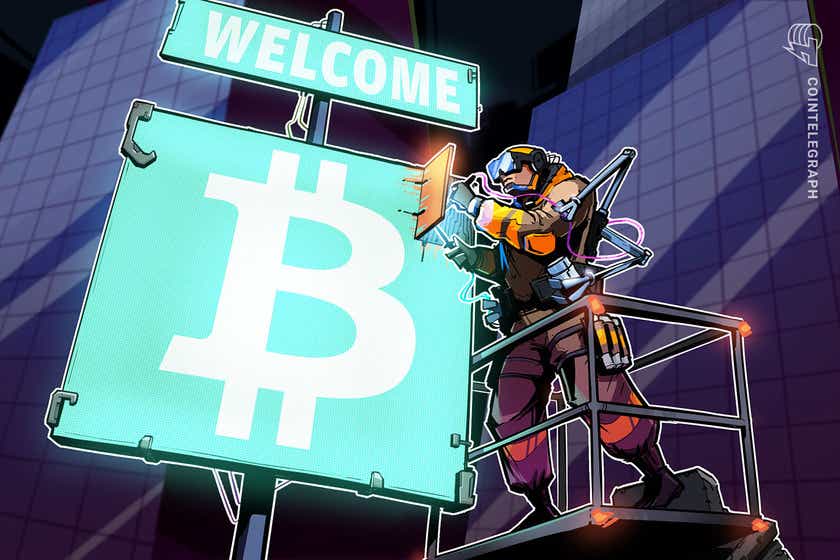 Rumors of an imminent Bitcoin ETF approval are boosting sentiment and prices across the market, but caution is warranted, as it could turn into a buy-the-rumor, sell-the-news event.

On Oct. 14, bulls flexed their muscles and showed their intent to push the price of Bitcoin (BTC) closer to its $65,900 all-time high. One reason for the move is the steady chatter about the possibility of a Bitcoin exchange-traded fund (ETF) being approved by the end of October.

Data from Cointelegraph Markets Pro and TradingView shows that after hitting a low of $54,103 on Oct. 13, the price of Bitcoin rallied 8.2% to an intraday high of $58,532 on Oct. 14 as the ETF discussion made fresh rounds on Crypto Twitter.

The spike above $58,500 is also significant because it marks a 100% increase in the price of BTC since bottoming at $29,193 on July 20, signaling a strong recovery and increasing demand.

Bitcoin’s price performance is also a signal that market participants are back in accumulation mode, a fact that is backed by data from Glassnode showing that the amount of Bitcoin held in wallets of all sizes has been on the rise since the price briefly dipped below $29,000 in mid-June.

The rising price and growing bullish sentiment surrounding Bitcoin have also helped bring extra attention to Bitcoin-related projects that aim to facilitate its integration into the decentralized finance (DeFi) ecosystem and add smart contract capabilities to the Bitcoin ecosystem.

One beneficiary is Badger DAO, a decentralized autonomous organization focused on building products and infrastructure around Bitcoin’s utility in DeFi.

The surge in the price of BADGER coincides with the token listing on crypto exchange Coinbase Pro.

Another Bitcoin-focused project that has seen a bump in its token price is Stacks, a layer-one blockchain solution aiming to bring smart contracts and decentralized applications to the Bitcoin network.

VORTECS™ data from Cointelegraph Markets Pro began to detect a bullish outlook for Stacks’ STX coin on Oct. 11, prior to the recent price rise.

The VORTECS™ Score, exclusive to Cointelegraph, is an algorithmic comparison of historical and current market conditions derived from a combination of data points including market sentiment, trading volume, recent price movements and Twitter activity.

As seen in the chart above, the VORTECS™ Score for STX began to pick up on Oct. 11 and reached a high of 82 around five hours before the price increased 33% over the next two days.

Overall, the ongoing discussions about a Bitcoin ETF continue to help drive speculation and price action across the crypto market, especially for tokens associated with the top cryptocurrency. But a word of caution is warranted, as there is still the possibility that this could turn into a buy-the-rumor, sell-the-news type of event.

It’s also worth noting that the possibility of a Bitcoin ETF has been discussed as far back as 2013, and it was one of the driving forces behind the 2017–2018 bull cycle, so it would be wise to wait for an official announcement from a regulatory body before assuming that the arrival of a BTC ETF is guaranteed.

The views and opinions expressed here are solely those of the author and do not necessarily reflect the views of Cointelegraph. Every investment and trading move involves risk, and you should conduct your own research when making a decision.