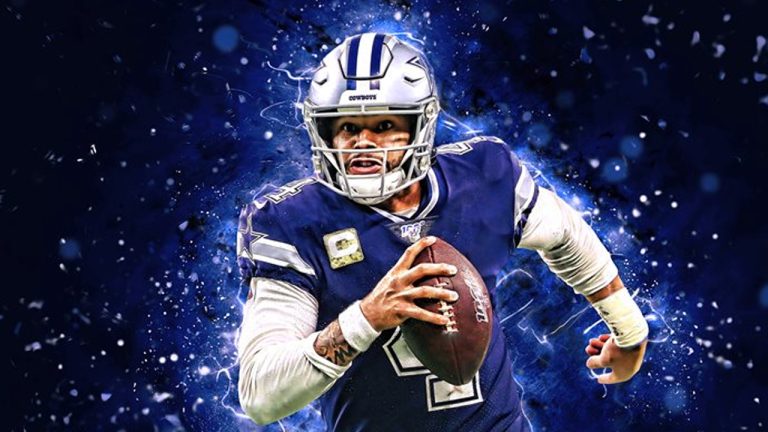 The crypto firm Blockchain․com announced on Tuesday that the company has inked a multi-year partnership deal with the Dallas Cowboys quarterback Dak Prescott. Blockchain.com says the Cowboys quarterback will appear on TV, radio, and social media in order to bring his “personal brand firepower to introduce crypto to a broader audience.”

Blockchain.com has partnered with the star football quarterback for the Dallas Cowboys of the National Football League (NFL), according to an announcement made on Tuesday. Dak Prescott is a well known NFL player, as the athlete was chosen by the Cowboys as the fourth-round 2016 draft pick.

Prescott was supposed to be a backup quarterback for the Cowboys’ starter Tony Romo, but when the starting quarterback Romo was injured, Prescott took the lead. His on-field performance led the Cowboys to a successful season and Prescott was given the title of “NFL Offensive Rookie of the Year.”

The crypto firm Blockchain.com had already signed a deal with the Dallas Cowboys in mid-April. The company became the NFL team’s “exclusive digital asset partner” and the crypto company said it would appear in television ads, signage, and radio. Dak Prescott will do the same for Blockchain.com, according to the announcement on Tuesday, as the company said Prescott will be “featured across TV, radio, social media, and digital, as well as in select physical appearances.”

The NFL quarterback will essentially “introduce crypto to a broader audience,” Blockchain.com said. “Down the road, fans can expect tutorial videos on how to use the Blockchain.com Wallet, plus additional content to promote financial literacy,” the crypto company explained during the announcement.

“As I’ve said before, the world needs change,” the Dallas Cowboys quarterback Prescott said in a statement. “Crypto offers a path to financial freedom and stands to transform our relationship with money. I’m honored to help generate awareness alongside Blockchain.com as they work towards building the future of finance.”

Furthermore, in May 2021, the exchange-traded product GBTC issuer Grayscale Investments became the official digital currency asset management partner for the New York Giants. Six days ago, the NFL franchise the Houston Texans partnered with the company Bitwallet, and the NFL team is selling single game suites for cryptocurrencies.

What do you think about Blockchain.com partnering with the Dallas Cowboys quarterback Dak Prescott? Let us know what you think about this subject in the comments section below.