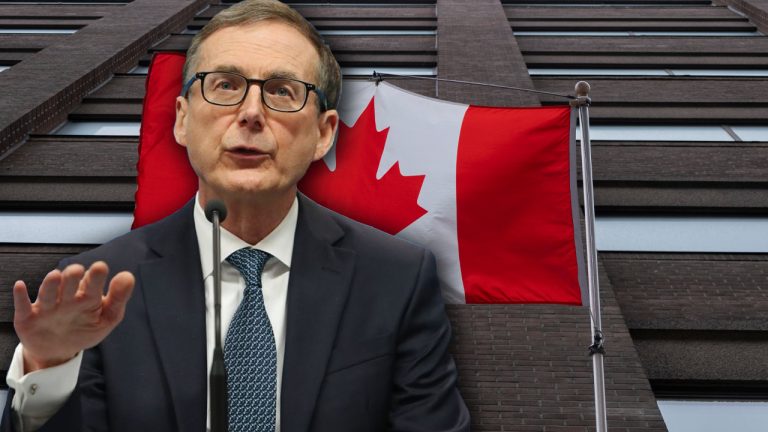 This past weekend Twitter’s vertical trends had shown that Canadians are upset with the Bank of Canada’s money supply expansion, red-hot inflation, and Justin Trudeau’s government spending habits. The Bank of Canada’s governor Tiff Macklem said Canada’s economic woes stemmed from supply chain issues, and the rising costs of shipping rates. Canada’s central bank governor placed the blame on these issues on Thursday during a speech to the Halifax Chamber of Commerce. Macklem further stressed at the event that fuel demand was sparked by Canadians increasing their desire to travel following the Covid-19 lockdowns.

Macklem remarked that the elevated inflation levels support the idea that the Canadian central bank needs to continue lifting the benchmark interest rate. “The clear implication is that further interest rate increases are warranted. Simply put, there is more to be done,” the Bank of Canada’s governor added on Thursday. On Sunday, Macklem appeared on the CBC Radio broadcast, and he said that food inflation was set to slow down and he wanted to let Canadians know that “reasonably good harvests” will likely push inflation down, at least in terms of food inflation.

“I am actually hopeful that at least food inflation, which is not quite the same thing as food prices, is going to come down because in Canada in a number of other countries there have been reasonably good harvests,” Macklem said during his CBC Radio interview. Meanwhile, the Bank of Canada’s current benchmark bank rate is 3.25%, after it increased the rate by 75 basis points (bps) on September 7. Macklem and the Canadian central bank have been following the U.S. Federal Reserve’s footsteps as top banking officials worldwide still believe they can get inflation back down to the 2% range.

However, inflation was much higher for Canadians in August as the country’s last inflation report saw food inflation tap a 41-year high, and Canada’s consumer price index (CPI) tapped 7% that month. Just like the U.S. central bank, the Bank of Canada uses the CPI metric to “target inflation.” Although, similar to the Fed, the Canadian central bank and governor Macklem have a lot of detractors, and there are many people who believe the Bank of Canada has made Canada’s inflation much worse. In an opinion piece (op-ed) published by the Ottawa Sun, Canadian columnist Lorne Gunter said the current Bank of Canada governor “needs to go.”

Gunter’s opinion piece criticizes the central bank for expanding Canada’s money supply and further highlights Canada’s 23rd prime minister, Justin Trudeau, and his government’s spending behavior. “According to Bank of Canada numbers,” Gunter’s op-ed says, “the money supply (the number of dollars in circulation in Canada) grew by more than 22% between the start of the pandemic and spring this year. That means more than one in five dollars currently in circulation in Canada didn’t exist pre-pandemic. When you think about it, that’s a staggering amount.”

The columnist details that governor Tiff Macklem has been “reluctant to accept his institution’s complicity in the worst inflation in 40 years.” The Ottawa Sun op-ed written by Gunter explains that after that the central bank and the Canadian government exacerbated inflationary pressures they want the average Canadian to foot the bill.

“The bank and the government created this inflation and now they are expecting ordinary Canadians to pay for it with higher interest rates, higher prices, lower growth, lower wages, a devalued currency, eroding savings, and a general decline in standard of living,” Gunter’s op-ed concludes. “Macklem still needs to be replaced,” the columnist added.