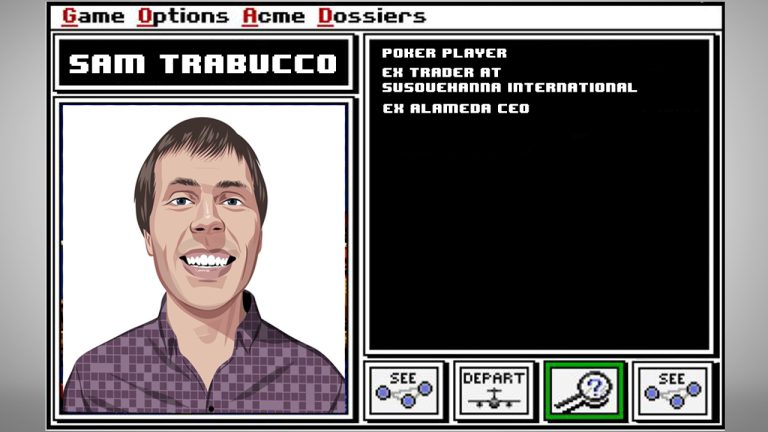 Following FTX co-founder Sam Bankman-Fried’s arrest and the statements from his co-workers Gary Wang and Caroline Ellison, the spotlight has turned on the remaining executives who were part of the team’s inner circle. Another person people are curious about these days is Alameda Research’s ex-co-CEO Sam Trabucco. The 30-year-old executive left Alameda in Aug. 2022, but since Ellison detailed misconduct happened in 2019, it’s assumed that Trabucco knows a thing or two about what happened.

Since Sam Bankman-Fried (SBF) was arrested and then later released on bail, attention has been drawn toward executives who have not come forward, or at least not publicly announced they have been cooperating with law enforcement.

So far we know that at least three co-workers have turned on SBF including Caroline Ellison, Gary Wang, and Ryan Salame. Two other execs people are curious about include FTX’s former director of engineering, Nishad Singh, and FTX’s former head of product Ramnik Arora.

These degrees are not easy to get. Make no mistake – these criminals didn’t “accidentally” forget about $8b. This was methodical, systematic fraud.

Another executive people are scrutinizing is Alameda Research’s ex-co-CEO Sam Trabucco. The former co-CEO left Alameda in Aug. 2022 and amid the FTX chaos he tweeted two interesting tweets.

On Nov. 6, he retweeted a tweet written by Caroline Ellison that said: “[Changpeng Zhao] if you’re looking to minimize the market impact on your FTT sales, Alameda will happily buy it all from you today at $22!” Then on Nov. 8, 2022, he tweeted: “Much love to everyone — I’m sure the past few days have been dark for many and I hope the road ahead is brighter.”

Since then the ex-Alameda executive has been pretty silent on social media and he hasn’t spoken with the press. It is uncertain whether or not Trabucco is working with the feds. He has not been named in any of the indictments besides the brief mentions of his association with Alameda.

Sam Trabucco and Brett Harrison really got out at the right time.

People have been speculating on social media and saying that Trabucco is being hunted by law enforcement. “The FBI is now looking for Sam Trabucco, the Former Co-CEO of Alameda Research and Nishad Singh,” the Twitter account called “Wall Street Silver” said.

I’m 99% sure Williams is referring to Sam Trabucco (among others) here without naming him when he asks additional co-conspirators to come forward. https://t.co/CWsNnpOrIl

According to New York Post and Bloomberg reports, the 30-year-old executive who helped run Alameda up until last summer revealed a number of things on Twitter. For instance, The Post details that Trabucco explained that Alameda helped people “reduce exposure to Okx,” the centralized crypto exchange.

“Not only are we not sellers, we’re HUGE buyers — even though it’s risky — because, in fact, we can take the risk and this trade is GREAT according to what we know — was crucial, and it’s something we’re always aiming to do,” Trabucco said on Twitter.

Before working for Alameda, Trabucco was a trader at Susquehanna International Group. Furthermore, Bloomberg’s report details that Trabucco revealed that he “may or may not be banned from 3 casinos” for counting cards at blackjack tables.

Ellison’s testimony claims that the fraud between FTX and Alameda took place as early as 2019 and Trabucco joined Alameda the same year. In crypto circles, the Massachusetts Institute of Technology (MIT) graduate is suspected of being aware of financial misconduct if he was the co-CEO for that long and if Ellison’s story is accurate.