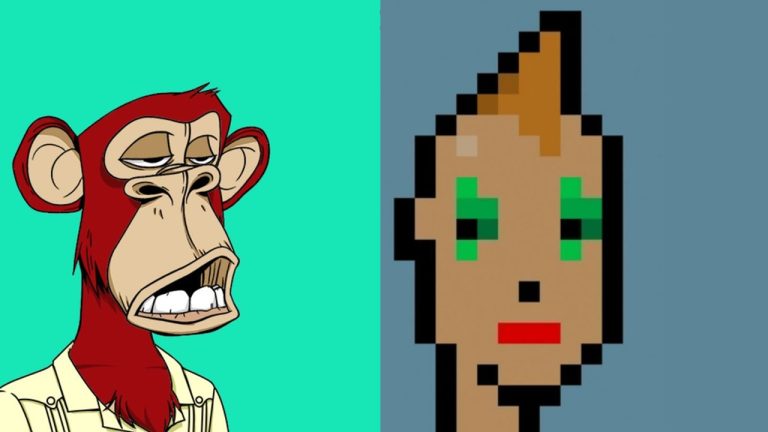 On Sunday, August 21, 2022, the floor value of the Cryptopunks non-fungible token (NFT) collection briefly surpassed the Bored Ape Yacht Club (BAYC) NFT collection’s floor value. While it’s not by a huge amount, at the time, Cryptopunks floor was ​​66.45 ether, while BAYC’s least expensive NFT was 64.99 ETH.

Non-fungible token (NFT) sales are not doing so well this week as sales are down 18.75% lower than the week prior’s sale volume, according to cryptoslam.io statistics. Bored Ape Yacht Club (BAYC) holds the top sales this week with $15,087,189 million in sales, up 61.47% higher than last week.

While Cryptopunks is the sixth largest collection in terms of this week’s NFT sales with $4,517,133 in sales this week, sales are down 52.38% lower than the week prior. Despite the lower number of sales this past week, Cryptopunks has briefly managed to flip BAYC in terms of floor value.

The head-to-head competition today follows Yuga Labs releasing the Cryptopunks and Meebits intellectual property licenses last week. The new licenses make it so Cryptopunks and Meebits owners can use their NFTs for commercial or personal purposes. The company’s BAYC NFTs also have a license for NFT owners, but Galaxy Digital research claims the license covering BAYC, MAYC, and BAKC NFTs contains critical contradictions.

While Cryptopunks temporarily flipped BAYC’s floor value on August 21, the opposite took place on December 22, 2021. At that time the lowest BAYC was 53.9 ETH while the lowest valued Cryptopunk was 52.69 ETH. After BAYC flipped Cryptopunks at the end of last year, however, it has maintained dominance in terms of being the top floor value. Except on a few occasions, the NFT collection PROOF Collective has briefly flipped BAYC.

What do you think about Cryptopunks briefly flipping BAYC’s floor value on August 21, 2022? Do you think the head-to-head action will last long? Let us know what you think about this subject in the comments section below.