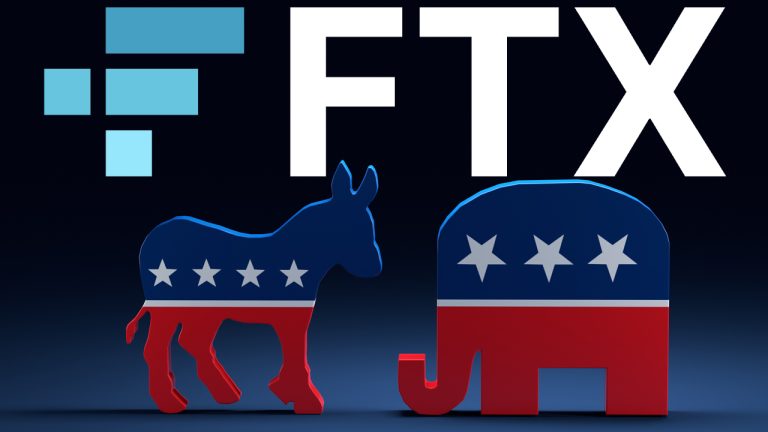 After the collapse of FTX, a number of journalists reported on the fact that FTX executives deployed significant donations to political leaders in the United States. During the most recent election cycle leading up to the U.S. midterms in 2022, reports claim that Sam Bankman-Fried donated more than $40 million to Democrats via super PACs and direct contributions. Furthermore, reports also claim that FTX Digital Markets’ co-chief executive officer Ryan Salame gave $22 million to Republicans.

It’s very clear that before filing for bankruptcy protection, high-up FTX officials donated millions of U.S. dollars to America’s two-party system of bureaucrats. Sam Bankman-Fried (SBF) was reportedly the second largest donor to the Democratic party, after George Soros, according to records from opensecrets.org. In fact, opensecrets.org data says that the top three FTX executives Bankman-Fried, Salame, and Nishad Singh gave both the Democrats and Republicans $70.1 million for the 2022 midterm election cycle.

“Among the three executives, $57 million was given to Democratic candidates, while $22 million went to Republican candidates,” opensecrets.org details. “Bankman-Fried was the second biggest Democratic-leaning megadonor and Salame was 10th largest Republican donor this election cycle,” the report adds.

It has also been reported that SBF donated $5.2 million to president Joe Biden’s campaign via two super PACs in 2020. In fact, SBF’s donation in 2020 was the second largest donation behind Michael Bloomberg’s $56 million donation. There’s been a lot of talk about how this funding to American politicians could possibly buy FTX executives immunity in order to “stay out of jail.”

People have even scoffed at the upcoming U.S. bipartisan congressional hearing and investigation into the FTX collapse introduced by congresswoman Maxine Waters (D-CA) and representative Patrick McHenry (R-N.C.). The reason people do not think executives like SBF will get in trouble with politicians like Waters is because she met with SBF on a couple of occasions. Congresswoman Waters also blew SBF a kiss when he finished testifying in front of Congress and left the Capitol building.

Democrat and Republican followers on social media have been bickering for days about how each party took funds from the fallen crypto exchange’s high-up executives. Because $57 million was given to Democrats, Republicans think they have the upper hand, while Democrat supporters believe Republican bureaucrats were just as dirty. Furthermore, FTX’s fallout has swayed certain politicians from both parties who have tried to wipe their hands clean.

Politico reports the two U.S. politicians Chuy García (D-IL) and Kevin Hern (R-OK), “have given local charities money equal to the amount they received from FTX leaders, according to their spokespeople.” In light of SBF’s donation, Garcia donated $2,900 to the Northwest Center in Chicago. Hern gave $5,000 to the charity called Food on the Move to match the donation Salame gave to his Hern Victory Fund organization.