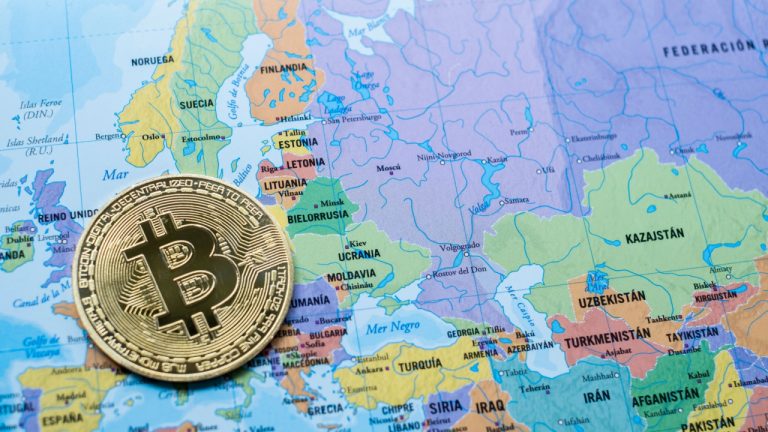 The new crypto sanctions imposed by the European Union are likely to spur the development of the country’s digital asset market, according to a Russian lawmaker. Anatoly Aksakov, who chairs the parliamentary Financial Market Committee, believes Russians will manage to bypass the restrictions. Meanwhile, major exchanges have reportedly informed Russian users that trading continues.

This week, the EU adopted its eighth package of penalties against Russia, meant to hit its government, economy, and energy exports in response to the recent escalation of the military conflict in Ukraine and the annexation of Ukrainian territories. Russian access to cryptocurrency, viewed as a tool to circumvent financial restrictions and export wealth, was also targeted.

The Council of the European Union completely banned the provision of crypto wallet, account, and custody services to Russian residents and entities. However, according to a high-ranking member of the Russian parliament quoted by the Tass news agency, the EU decision may actually stimulate the development of Russia’s digital financial asset (DFA) market.

The opinion was expressed by Anatoly Aksakov, head of the Financial Market Committee at the State Duma, the lower house of Russian parliament. He has been deeply involved in recent efforts to regulate the country’s crypto space, including the use of digital currencies in international settlements. Authorities in Moscow have been discussing the matter for over a year and considering an expansion of the legal framework which currently covers mostly DFAs with an issuer, such as tokens.

The latest round of EU sanctions tightens previously imposed restrictions. Earlier this year, as part of its fifth package of measures approved a little over a month after Russia launched its invasion of Ukraine, the 27-strong bloc limited only “high-value” crypto-asset services for Russians and Russian-registered organizations — those for digital holdings exceeding €10,000 in fiat value (approx. $11,000 at the time, less than $10,000 now).

“Similar decisions have already been made before. They closed the official representative offices of their crypto exchanges in Russia, but de facto nothing has changed. There can also be an office in the virtual space, not at some address in Moscow,” Anatoly Aksakov further elaborated, insisting that Russians can easily bypass the sanctions.

While the world’s largest crypto exchange, Binance, partially complied with the EU’s earlier requirements, allowing only withdrawals in the case of Russian account balances exceeding €10,000, it has now told users it did not introduce new restrictions, Bits.media revealed in a report. Another major platform, Huobi, said it “continues to support the stable trading of Russian users.”

Of the top seven global crypto exchanges popular with Russians, which also include Bybit, Coinbase, FTX, Kraken, and Gate.io, none is a “European resident” for which the measures would be mandatory, the Russian crypto news outlet noted. Russian crypto experts, like the CEO of defi banking platform Indefibank, Sergey Mendeleev, doubt that most crypto companies would rush to implement the EU resolution targeting all Russian users as this would lead to loss of market positions.

“Moreover, these restrictions stimulate the development of modern technologies. Next year will be the year of digital financial assets in Russia, you’ll see,” Aksakov promised. His comments come as deputies in the State Duma prepare to adopt a new law “On Digital Currency” designed to regulate decentralized crypto assets such as bitcoin and their employment in cross-border crypto payments between Russian companies and their foreign partners.

Do you think the latest EU sanctions will speed up the legalization of cryptocurrencies in Russia? Share your thoughts on the subject in the comments section below.