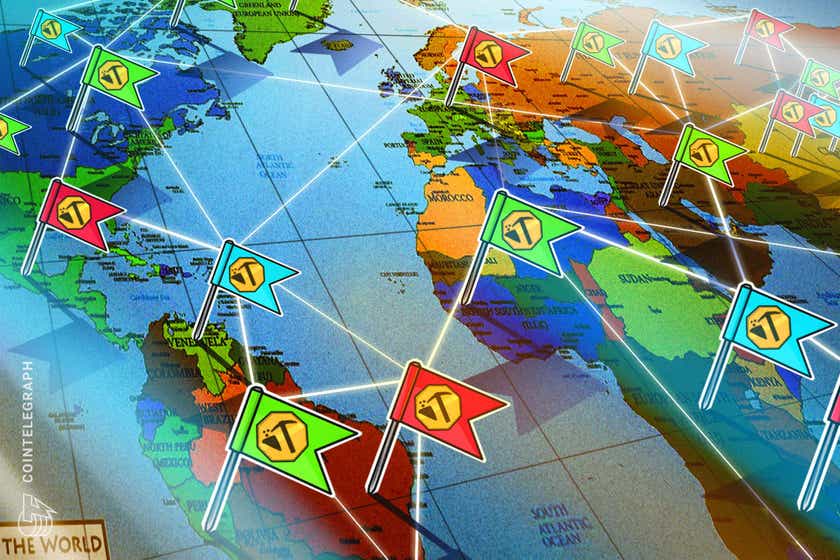 Which nations are the new harbors of miners, and where can Ether and Bitcoin be successfully — and profitably — mined in 2022?

One of the main themes among the crypto community in 2021 was China’s aggressive policy toward mining, which led to a complete ban on such activities in September.

While mining as a type of financial activity has not gone away and is unlikely to disappear, Chinese cryptocurrency miners had to look for a new place to set up shop. Many of them moved to the United States — the world’s new mining mecca — while some left to Scandinavia and others to nearby Kazakhstan, with its cheap electricity.

Mining activities can’t stay under the radar forever, and governments around the world have begun to raise concerns over electricity capacity and power outages.

Erik Thedéen, vice-chair of the European Securities and Markets Authority — who also serves as director general of the Swedish Financial Supervisory Authority — has called for a ban on mining proof-of-work cryptocurrencies like Bitcoin (BTC) in Europe.

As jurisdictions around the world begin to crack down on mining-related activities, it begs the question: “Where is it still profitable, and legally favorable, to mine crypto?”

It’s no secret that the U.S. is the main country for crypto mining, particularly in the Lone Star State, Texas. After the exodus from China, crypto miners and billions of dollars of capital flooded into the southern state. This is largely due to state policy, with Governor Greg Abbott having actively supported the Bitcoin industry.

“The most prominent location for miners worldwide may be Texas right now. Its huge amounts of wind and solar power are causing a surplus of affordable energy. Privately owned power grids ensure a fast path for new projects, without being hindered by slow bureaucracy. The benefits of Texas aren’t so new though. Miners started building there already years ago, even if not as aggressively as now.”

Texas has experienced its own problems with electricity infrastructure, with massive blackouts affecting much of the state in 2021 amid unseasonable winter storms. But miners there have been relatively understanding about electricity consumption, and large companies have even periodically turned off equipment to give priority to residential consumers and critical infrastructure.

Latin American countries have been expending considerable effort to attract miners, with El Salvador, in particular, showing a favorable attitude toward mining. The country was the first in the world to recognize Bitcoin as legal tender. The Salvadoran government has not hesitated to directly invest in Bitcoin and even plans to build a city dedicated to the preeminent cryptocurrency where electricity to mine BTC will reportedly come from volcano-fired geothermal plants.

Costa Rica is also gradually becoming mining-friendly due to low electricity prices. Thanks to mining, a hydroelectric power plant that was closed during the COVID-19 pandemic has now reopened.

Argentina was very popular among miners until the government decided recently to cut subsidies for miners and raise taxes on mining activities. So far, these financial policy changes for mining are limited to the province of Tierra del Fuego, which is known for its cold climate. Nevertheless, Argentina remains a good place for mining farms even after the electricity price increases, keeping in mind the energy crisis in competing regions like Europe.

Mining is still possible in Europe

Crypto mining operations in Europe remain relatively limited, as high electricity prices amid the energy crisis and a generally skeptical attitude toward cryptocurrencies from regulators make crypto firms think twice before locating to the continent.

Indeed, the Nordic nation of Iceland was previously a hotspot for Bitcoin mining, with its subarctic volcanic landscape providing cheap electricity and low cooling costs for mining farms.

However, late last year, the country’s national electrical company, Landsvirkjun, cut the amount of power it would provide to energy-intensive industries like Bitcoin mining and aluminum smelting, citing capacity concerns.

Despite limitations on the continent, there are a few spots in Europe where miners have decided to set up shop where geography and climate play an important factor in attracting business.

In Georgia, located in the Caucasus region, the large number of hydroelectric power plants built during the country’s time as a Soviet republic — along with its relatively modest population — have provided a large amount of cheap electricity for miners.

Major crypto mining companies have already set up operations in the country. Back in 2014, Dutch mining company Bitfury opened its first data center, with a draw of 20 megawatts, in the eastern Georgian city of Gori.

The success of Bitfury opened the eyes of many Georgians who actively began to acquire powerful video cards and create their own small crypto mining farms. According to the World Bank, 5% of the Georgian population was engaged in crypto mining in 2018.

It should also be noted that Russia remains an epicenter for crypto mining thanks to low energy costs and a cold climate.

Andrei Loboda, public relations director of BitRiver — the largest cryptocurrency mining colocation services provider in Russia — shared with Cointelegraph some specific regions where it will be convenient for miners to work if the Russian government becomes more supportive of cryptocurrencies:

“According to BitRiver, today, about 300,000 individuals are engaged in mining Bitcoin alone in the Russian Federation. Our company performs energy-intensive, high-speed computing in data centers in a number of the Russian Federation regions, including the Irkutsk Region and the Krasnoyarsk Territory. The green and digital technologies that we implement in our work as part of the digital energy transition have already given an additional impetus to the development of the regions.”

Is mining worth it?

Geography is a critical element for miners to consider, be it for electricity and cooling costs or regulatory concerns. However, there are some expenses, like hardware, that miners will carry with them wherever they go.

With demand for mining equipment on the rise and a recent slump in the markets after 2021’s bull run, when is mining worth it with all the hardware costs?

2021 was the most profitable year for mining Ether (ETH) with graphics processing units since 2016. This is not surprising, as Ether’s price more than quadrupled last year. But the main issue for miners is electricity and equipment expenses, and the price of the latter is growing rapidly.

Nevertheless, while the profitability of Ether mining remains high, the payoff period for equipment purchases is growing, partly due to the London hard fork in August 2021 that reduced the payout for each block mined from 8–20 ETH to 2 ETH. Another negative factor for miners will be the much-anticipated transition of the Ethereum blockchain to a proof-of-stake consensus, after which they will have to start mining altcoins or recertify as stakers on the network.

The Bitcoin network’s mining difficulty recently hit an all-time high despite the strong decrease in BTC’s price in January, which hit a monthly low of around $34,300.

It is surprising that, against this background, the cost of ASICs didn’t fall. At the same time, the ASIC payoff period this year is a little over 1,000 days, or almost three years. Not everyone can afford to carry those expenses for such a long time.

There are a multitude of changing factors that miners have to take into consideration, but one thing is clear: Cryptocurrency mining is a flexible, adaptive industry, and firms have proven they are willing to relocate to more beneficial locations should their current one prove less than ideal.