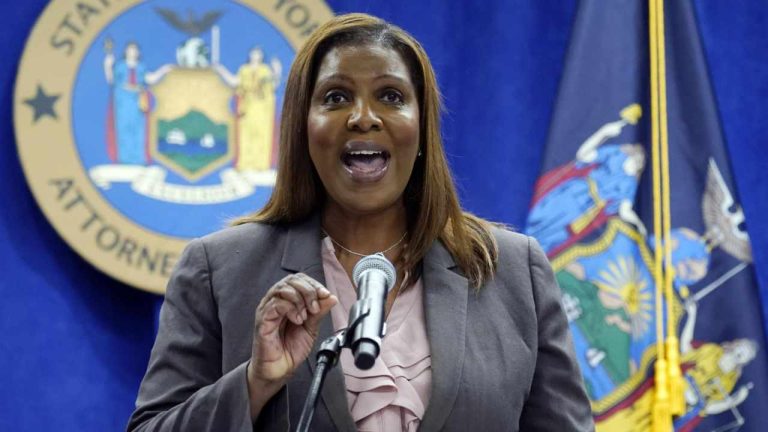 New York Attorney General Letitia James has urged investors in her state who believe they have been deceived by a crypto platform to contact her office. “Investors were promised large returns on cryptocurrencies, but instead lost their hard-earned money,” she stressed.

James urged any New Yorker deceived or affected by cryptocurrency platforms to contact the Office of the Attorney General (OAG). In addition, she encouraged anyone in the cryptocurrency industry “who may have witnessed misconduct or fraud to file a whistleblower complaint with her office,” adding that it can be done anonymously.

“The recent turbulence and significant losses in the cryptocurrency market are concerning,” the attorney general emphasized, elaborating:

Investors were promised large returns on cryptocurrencies, but instead lost their hard-earned money.

The alert details that in the last few months, investors have lost hundreds of billions of dollars in cryptocurrency markets, citing the terra (LUNA) and terrausd (UST) collapse and withdrawal freezes at several crypto firms, such as Voyager Digital and Celsius Network.

I urge any New Yorker who believes they were deceived by crypto platforms to contact my office, and I encourage workers in crypto companies who may have witnessed misconduct to file a whistleblower complaint.

“OAG is interested in hearing from New York investors who have been locked out of their accounts, who are unable to access their investments, or who have been deceived about their cryptocurrency investments,” the announcement adds.

In June, James issued a warning about investing in cryptocurrency, stating that the crypto market is “extremely unpredictable” and “unstable.”

What do you think about New York Attorney General Letitia James urging investors deceived by crypto firms to contact her office? Let us know in the comments section below.