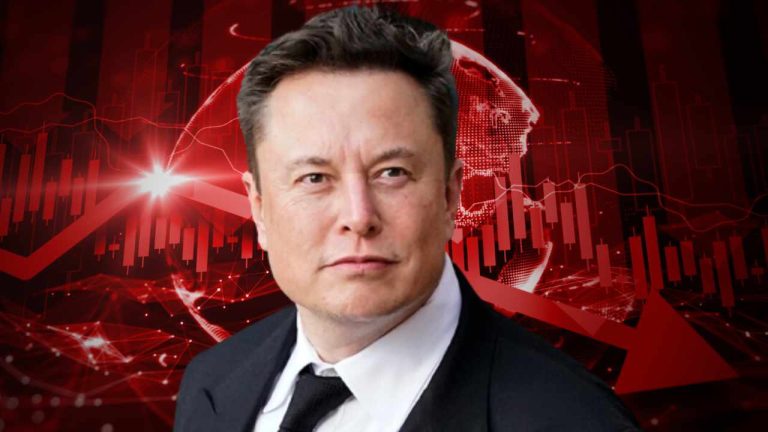 Tesla and Spacex CEO Elon Musk expects a global recession to last until the spring of 2024. Musk added that his two companies are in good positions but many others are not. “Recessions do have a silver lining in that companies that shouldn’t exist stop existing,” the Tesla boss said.

Tesla CEO Elon Musk shared his thoughts about a global recession in a Twitter thread Friday. The thread was started by Dogecoin co-creator Billy Markus who tweeted: “Coronavirus numbers are actually pretty low. I guess all we have to worry about now is the impending global recession and nuclear apocalypse.” Musk commented: “It sure would be nice to have one year without a horrible global event.”

Another Twitter user chimed in, asking Musk: “How long do you think the recession will last?” The Tesla boss replied: “Just guessing, but probably until spring of ’24.”

The same Twitter user followed up with the question: “How much worse do you think it will get? Like a little worse or a ton worse?” Musk replied:

Varies a lot. Tesla & Spacex are in good positions, but many other companies are not. Recessions do have a silver lining in that companies that shouldn’t exist stop existing.

During Tesla’s third-quarter earnings call on Wednesday, Musk said that “China is experiencing a recession of sorts” and “Europe has a recession of sorts driven by energy.” Meanwhile, “North America’s in pretty good health, although the Fed is raising interest rates more than they should, but I think they’ll eventually realize that and bring them down again,” he noted.

In August, Musk said that inflation has peaked but we will have a recession for 18 months.

Goldman Sachs CEO David Solomon said this week that there is a good chance of a U.S. recession. JP Morgan Chase CEO Jamie Dimon recently warned that a recession could hit the U.S. economy in six months.

Renowned investor Jim Rogers believes that the recession will be the worst in his lifetime. Gold bug and economist Peter Schiff cautioned that the Federal Reserve’s action could lead to market crashes, massive financial crisis, and a severe recession.

Do you agree with Tesla CEO Elon Musk about a global recession? Let us know in the comments section below.