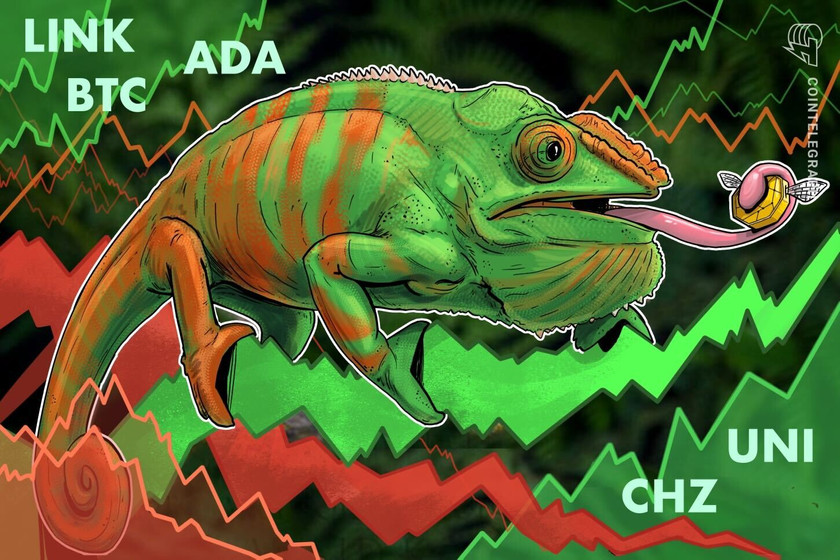 Bitcoin price is targeting $25,000 and holding this level could trigger breakouts in ADA, UNI, LINK and CHZ.

The S&P 500 rose for the fourth successive week as investors cheered on signs that inflation may have peaked. Bitcoin (BTC) and select altcoins also extended their recovery, suggesting that investors are increasing their exposure to risk assets.

A similar trend has played out in the cryptocurrency markets. Altcoins, led by Ether (ETH), have outperformed Bitcoin after clarity on Ethereum’s Merge, according to analysts at Glassnode.

However, trading firm QCP Capital is cautious about the momentum in the altcoin market. They highlighted that the open interest on Ether options had surged to $8 billion, exceeding Bitcoin option OI which was at $5 billion. Glassnode suggested that traders have been booking profits on the spread between their spot long Ether versus the quarterly short Ether futures positions.

Could Bitcoin and the altcoins extend their recovery in the next few days? Let’s study the charts of the top-5 cryptocurrencies that may outperform in the near term.

The gradually upsloping 20-day exponential moving average of $23,414 and the relative strength index (RSI) in the positive territory indicate that the path of least resistance is to the upside. If bulls sustain the price above $25,000, the momentum could pick up further and the BTC/Tether (USDT) pair could rally to $28,000.

This level may act as a stiff resistance but if bulls clear this hurdle, the rally could extend to $32,000. The critical level to watch on the downside is the 20-day EMA. A bounce off it will indicate that the sentiment remains positive and traders are buying on dips.

On the contrary, if the price turns down from the current level and breaks below the 20-day EMA, it will suggest that bears remain active at higher levels. The pair could then drop to the 50-day simple moving average of $21,976.

The $24,668 level is witnessing a tough battle between the bulls and the bears. The upsloping moving averages indicate advantage to buyers but the negative divergence on the RSI suggests the momentum may be weakening.

If the price breaks below the 20-EMA, it will signal a minor advantage to the bears. The pair could then decline to the 50-SMA and later to $23,600. Alternatively, if the price turns up from the 20-EMA and rises above $25,050, the up-move may resume.

Cardano (ADA) broke and closed above the overhead resistance at $0.55 on Aug. 13. This indicates that the uncertainty has resolved in favor of the bulls.

The rising 20-day EMA of $0.52 and the RSI in the positive territory indicate that bulls have the upper hand. The ADA/USDT pair could rally to $0.63 and then to the strong overhead resistance at $0.70. This level is likely to attract strong selling by the bears.

Contrary to this assumption, if the price turns down from the current level and breaks below the 20-day EMA, it will suggest that the break above $0.55 may have been a bull trap. The pair could then decline to the 50-day SMA of $0.49 and later to $0.45.

The pair completed an ascending triangle pattern on a break and close above the overhead resistance at $0.55. This pushed the RSI on the 4-hour chart to overbought levels, which may have tempted short-term traders to book profits.

The price may drop to the breakout level of $0.55. If bulls flip this level into support, the pair may continue its up-move to the pattern target at $0.65. This positive view could invalidate in the near term if the price plummets below the uptrend line.

Uniswap (UNI) has been consolidating between $8.11 and $9.83 for the past few days. This suggests that the bulls are buying the dips but the bears are defending the overhead resistance.

The longer the price remains in the range, the stronger the breakout will be from it. The 20-day EMA of $8.54 is sloping up and the RSI is in the positive territory, indicating an advantage to buyers. If bulls thrust the price above $9.83, the UNI/USDT pair could pick up momentum and rally toward $10.55 and later to $12.

Alternatively, if the price turns down from the current level and breaks below the 20-day EMA, it will suggest that the pair may continue its range-bound action for some more time. The bears will have to sink and sustain the price below $8.11 to gain the upper hand.

The 4-hour chart shows that the bears are defending the zone between $9.50 and $9.83. If the price breaks below $8.74, the sellers will attempt to sink the pair to the strong support at $8.11. The buyers are expected to buy the dip to this level.

The flattening moving averages and the RSI near the midpoint suggest that the range-bound action may continue for some more time. The next trending move could start on a break above $9.83 or on a close below $8.11.

Chainlink (LINK) has been trading in a large range between $5.50 and $9.50 for the past several weeks. The bulls attempted to push the price above the range on Aug. 12 but the bears held their ground.

The 20-day EMA of $8.00 is sloping up and the RSI is in the positive territory, indicating that bulls have the upper hand. If the price rebounds off the 20-day EMA, the bulls will make one more attempt to clear the overhead hurdle at $9.50. If they succeed, the LINK/USDT pair could rally to $12.30 and then to $13.50.

Instead, if the price breaks below the 20-day EMA, it will indicate that traders are booking profits near the resistance. That could sink the pair to the 50-day SMA of $7.00 and increase the stay inside the range for a few more days.

The price turned down from the overhead resistance at $9.50 and broke below the 20-EMA on the 4-hour chart. This suggests that traders may be booking profits. The pair could drop to the 50-SMA, which may act as a strong support.

Chiliz (CHZ) has been in a strong recovery for the past few days but the long wick on the Aug. 14 candlestick suggests that bears are defending the overhead resistance at $0.19.

Although the rising 20-day EMA of $0.14 indicates an advantage to buyers, the RSI in the overbought territory suggests a minor correction or consolidation in the short term. If the price turns down from the current level, the first critical level to watch on the downside is the 20-day EMA.

A strong rebound off this level will suggest that the bulls are viewing the dips as a buying opportunity. That will improve the prospects of a break above the overhead resistance. If that happens, the CHZ/USDT pair could rally to $0.22 and then to $0.24.

Alternatively, if the price slips below the 20-day EMA, the pair could slide to the 50-day SMA of $0.12. Such a move will suggest that the pair may form a range in the near term.

The sharp rally in the pair pushed the RSI deep into the overbought territory on the 4-hour chart, indicating that a correction or consolidation was possible. The same may have started and the pair could decline to the 20-EMA, which is an important level to keep an eye on.

If the price rebounds off the 20-EMA, it will suggest that the positive sentiment remains intact. The buyers will then again try to resume the up-move. This bullish view will be negated in the near term if the price breaks and sustains below the 50-SMA. 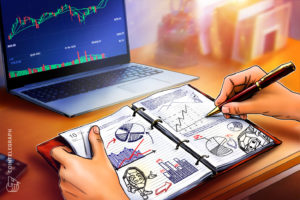