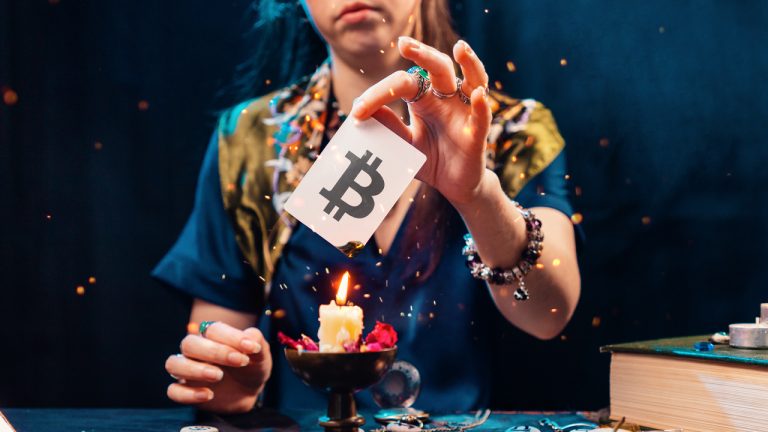 Following the recent xrp and ether prediction forecasts by crypto and fintech experts chosen by the product comparison web portal, finder.com, Finder’s latest handful of specialists have produced a predictions report for bitcoin. The group of 55 Finder’s experts think bitcoin will increase in value by more than 10% by the year’s end, and by 2025, the participants expect bitcoin to be around $79K.

Finder’s experts have convened again and this time the group tallied up the predictions for the leading crypto asset by market capitalization bitcoin (BTC). Currently, 77% of the panelists still think BTC is a store of value (SoV) despite the 70% decline from the all-time high. 56% of Finder’s panelists think BTC is currently underpriced and most expect BTC to climb to $21,344 by December 2022.

“Bitcoin is suffering due to external macro conditions,” Coinsmart Financial CEO Justin Hartzman told the finder.com researchers. Hartzman assumes BTC will end the year at $17K per unit but noted that by 2025, it could reach $75K. “My 2025 price prediction will depend on the aftermath of the halving. If macro conditions improve and the regulatory environment gets better, then BTC price should be able to rise up,” Hartzman added.

Nik Oraevsky, the CEO of Bitcoin Reserve, and 53% of the panel believe bitcoin will continue to correlate in tandem with growth tech equities. “[Bitcoin] has high beta with traditional markets,” Oraevsky said. “And traditional markets are in dire straits. All hangs on fiscal policy and jabber jawing of the Fed over the next quarter,” he added.

Finder’s expert predictions are similar to the forecasts concerning the future value of ethereum (ETH) and xrp (XRP) by the fact that long-term 2025 estimates are higher. By 2025, Finder’s panelists from the ETH forecast expect ether to reach $5,154 per unit. Similarly, the experts from the XRP poll expect XRP to climb to $3.81, but that depends on if Ripple wins the U.S. Securities and Exchange Commission (SEC) lawsuit.

While 56% of Finder’s panelists think BTC is currently underpriced, 19% think BTC is overpriced right now. Omnia Markets founder and CEO Mitesh Shah is in the overpriced camp and he thinks BTC will end 2022 at $16K per unit. “While Bitcoin has predominantly been a store of value during periods of uncertainty, the crypto market is headed into territory it has never experienced,” Shah told the finder.com researchers. Shah added:

As global traders capitulate their investments, Bitcoin will experience new lows not reached this year.

Joseph Raczynski, the Thomson Reuters technologist and futurist, said BTC is fairly priced at the moment and Raczynski thinks BTC’s true battle right now is with the second leading crypto asset by market cap, ethereum (ETH). “[Bitcoin] is almost being pulled and pushed by [ethereum] now. People are finally recognizing that [ethereum] is the real boss of the bunch, and [bitcoin] is being bounced around in its wake,” Raczynski stressed.

At the time of writing, BTC’s dominance among the 13,234 crypto assets in existence is 38.4% while ETH’s dominance is 16.3%. Before The Merge, ETH’s dominance jumped to the 20% range but the metric has fallen since the network transitioned from proof-of-work (PoW) to proof-of-stake (PoS).

Despite ethereum’s shrinking dominance, 54% of Finder’s panel thinks that ether will eventually overtake BTC’s market cap. 29% think that ETH could flip BTC by as early as 2024. However, in Finder’s BTC prediction report from July 2021, the number of “flippening” believers was much higher at 68%.

What do you think about the recent Finder’s prediction survey that discusses the future value of bitcoin? Let us know your thoughts about this subject in the comments section below.