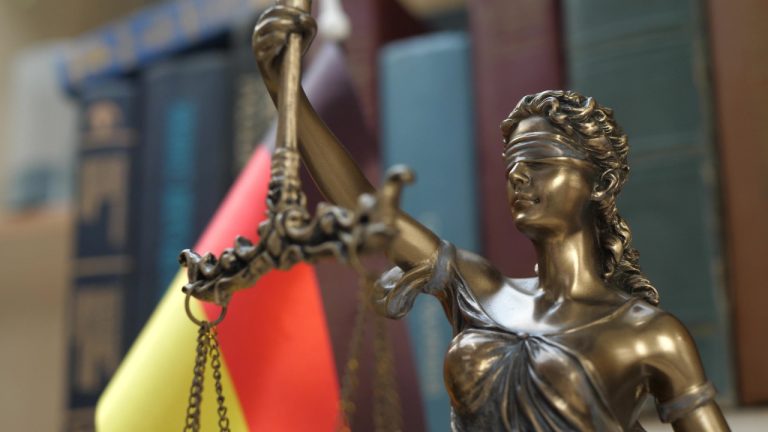 Three people are facing trial in Germany for their roles in one of the crypto world’s most infamous scams, Onecoin. The defendants are accused of fraud, among other crimes, allegedly committed as they assisted the pyramid scheme’s mastermind, ‘Cryptoqueen’ Ruja Ignatova, who is still on the run.

A husband and wife as well as an attorney from Munich are now among the first people in Europe to face criminal charges over their participation in the Onecoin crypto scam. On Tuesday, they appeared in a German court, Bloomberg reported.

The three have been accused of money laundering, fraud, and banking crimes linked to the multibillion-dollar fraud scheme. The pyramid was founded and managed by Bulgarian-born German national Ruja Ignatova, dubbed the ‘Cryptoqueen.’

The lawyer allegedly transferred €20 million ($19.7 million) to the Cayman Islands on behalf of Ignatova for the purchase of two London apartments for €75 million euros. The couple are charged with handling €320 million in payments from Onecoin customers within a year.

The German indictment points out that the pyramid defrauded people by falsely claiming that Onecoin was a cryptocurrency with market-determined value. Investors were also told that it could be mined at a rate of 50,000 coins per minute. In the court room, prosecutors explained:

In reality, the ever-growing value was a fake and the mining process was only simulated by the software.

Onecoin was established in 2014 and had an office in the Bulgarian capital Sofia, which was raided by law enforcement after Ruja Ignatova’s disappearance. The Cryptoqueen was last seen boarding a Ryanair flight bound for Athens on Oct. 25, 2017.

Ignatova is now wanted by Interpol, Europol, and the U.S. Federal Bureau of Investigation (FBI) for misappropriating at least $4 billion from Onecoin clients. In July, Greek media revealed that the Hellenic Police had unsuccessfully tried to locate and arrest her this year, acting on information that she met with specific persons.

After Ignatova vanished from the public eye in late 2017, her brother Konstantin Ignatov took over, but he was later arrested in Los Angeles in 2019. Konstantin pleaded guilty and sought witness protection. In the U.S., Ignatova has been charged with wire and securities fraud as well as money laundering.

In August, news came out that a British national accused of money laundering and wire fraud related to the Onecoin scam, Christopher Hamilton, had lost his bid to avoid extradition to the United States and would be handed over to U.S. authorities.

At some point, the crypto pyramid claimed to have more than 3 million members around the world, generating some €3.4 billion euros in revenue in less than two years of operation as a multilevel marketing network, between late 2014 and the third quarter of 2016.

Do you expect more people to face charges in connection with the Onecoin crypto pyramid scheme? Share your thoughts on the subject in the comments section below.