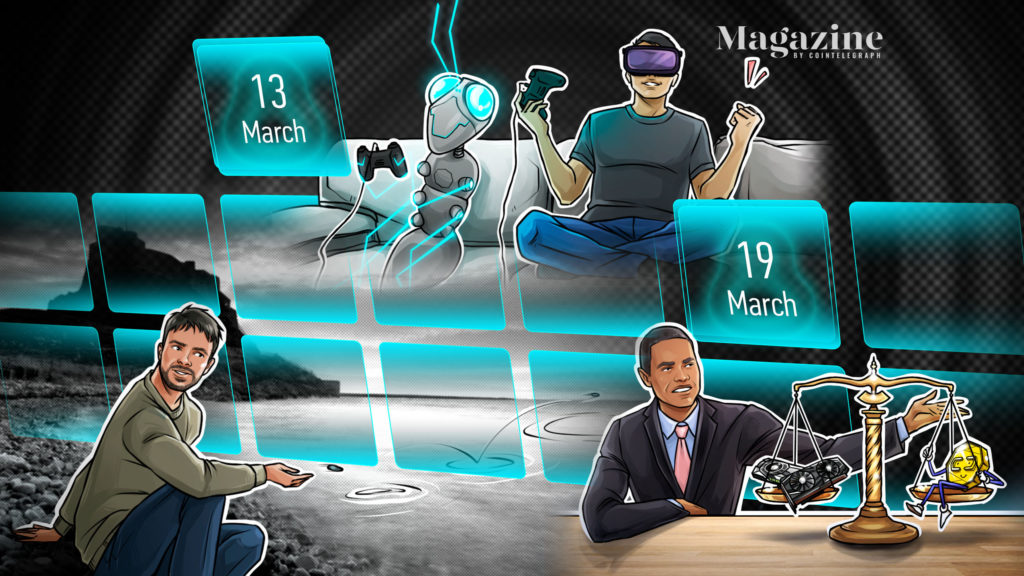 Crypto regulation has received approval from Ukrainian president Volodymyr Zelenskyy. The bill, titled On Virtual Assets, was signed by the president, opening the door to government oversight of the domestic cryptocurrency industry.

Ukraines Ministry of Digital Transformation said: The signing of this law by the president is another important step towards bringing the crypto sector out of the shadows and launching a legal market for virtual assets in Ukraine.

Among other details, the bill specifies that Ukraines National Securities and Stock Market Commission will govern the industry on multiple levels, such as digital asset-related licensing.

A significant European Union (EU) regulatory bill known as Markets in Crypto Assets (MiCA) has moved forward, leaving behind wording that essentially would have barred proof-of-work (PoW) crypto assets in the region.

An extensive bill pertaining to crypto regulation in the EU, MiCA had two drafts up for debate one version that would essentially ban PoW mining and related cryptocurrencies, and another that hosted more favorable language concerning the technology. Long story short, the European Parliaments Committee on Economic and Monetary Affairs voted for the option that did not ban PoW. The bill will now proceed through further approval processes.

It’s official: Binance secures a license to operate in Dubai

It was a busy week for cryptocurrency exchanges, which earned regulatory approvals in multiple jurisdictions. Binance secured licensing in Dubai and Bahrain. FTX also received a Dubai license.

Thanks to the Virtual Asset Service Provider (VASP) license it secured in the region, Binance can now establish an office in Dubai, among other rights newly afforded by the license. Additionally, Binance received a virtual asset exchange (VAX) license in Dubai. FTX also unveiled that it received Dubais VAX this week.

Owners of Bored Ape Yacht Club (BAYC) NFTs stand to receive a considerable sum of ApeCoin (APE) a new governance and utility token for the project. APE is an ERC-20 token.

If they do so within 90 days of March 17 (12:30 pm UTC time), BAYC owners can claim 10,000 APE, which totaled $72,000 in value at the time of Cointelegraphs coverage in the article linked above. FTX, Gemini and other exchanges plan on listing APE.

Trading volume and pricing for BAYC NFTs saw turbulence surrounding the APE token news. Among other reported details, the token will have a supply of 1 billion.

Avery Ching and Mo Shaikh, two former Meta crypto division leads, are building a layer-1 blockchain with some of its roots based on Move the Diem projects programming language. Known as Aptos, the project led by Ching and Shaikh recently announced securing $200 million worth of funding, with names such as Coinbase Ventures and Andreessen Horowitz contributing. Aptos aims for its mainnet to go live in the latter half of 2022. 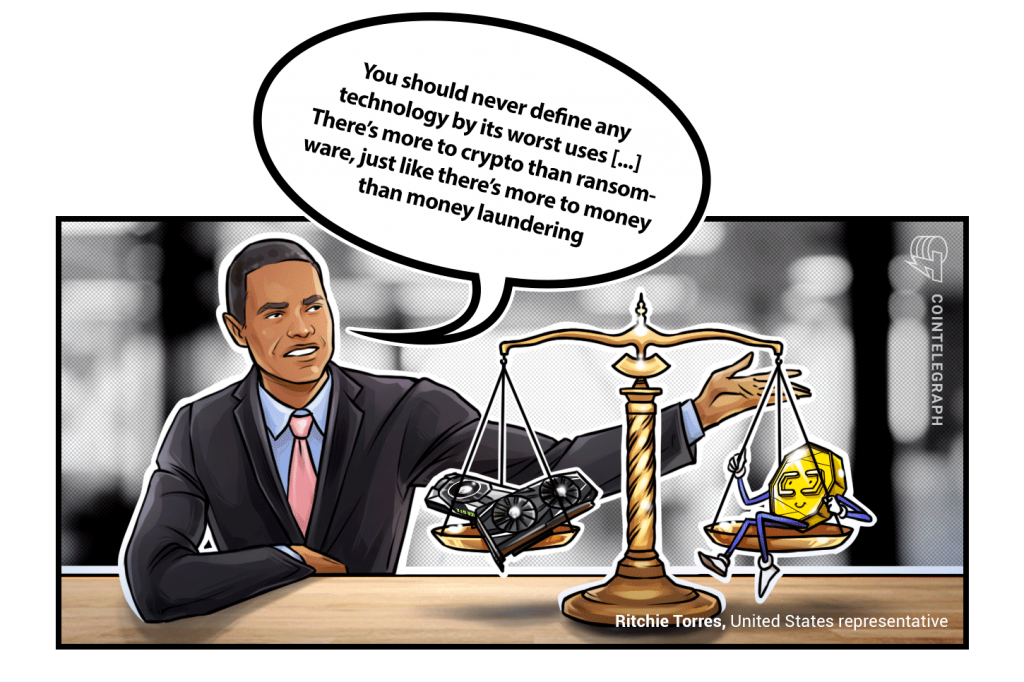 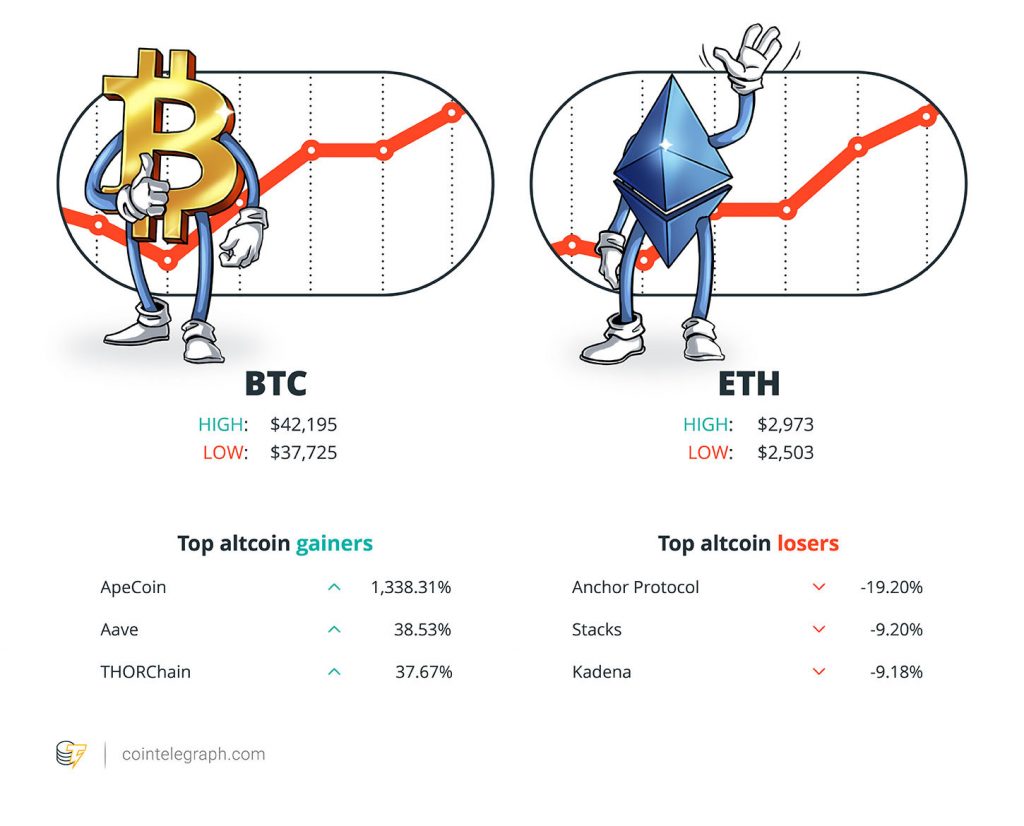 If you are an avid crypto trader like me, I am sure that the thought of who will inherit your crypto has come to mind.

Orange pill your neighbor, your favorite shop, bar, cinema, start sharing your sats. Its easy for them to learn from a known face like yours. Be that little pebble that you throw in the lake, and it will create ripples that coming generations will benefit.

My office has received numerous tips from crypto and blockchain firms that SEC Chair @GaryGenslers information reporting requests to the crypto community are overburdensome, dont feel particularly voluntary and are stifling innovation.

There is no doubt that blockchain gaming is a revolutionary concept, but at the moment, I don’t think it will be enough to support me financially by itself. […] I think I will have enough courage to leave my job to pursue blockchain gaming once the P2E ecosystem has become mature and sustainable.

With proper research and understanding, regulators will find a much easier time regulating DeFi and preventing malicious behaviors compared to the legacy financial infrastructure.

You should never define any technology by its worst uses. […] Theres more to crypto than ransomware, just like theres more to money than money laundering.

This past week, cryptos largest asset, Bitcoin, traded both below $38,000 and above $41,000 inside the seven-day period, according to Cointelegraphs BTC price index.

McGlone sees the current landscape as one that may help BTC along. Facing the #FederalReserve, inflation and war, 2022 may be primed for risk-asset reversion and mark another milestone in #Bitcoins maturation, McGlone tweeted.

Meanwhile, Hayes sees Bitcoin taking on a value of more than $1 million per coin based on the events currently unfolding, although he noted a decade-long time horizon with BTC suffering downward price action first. 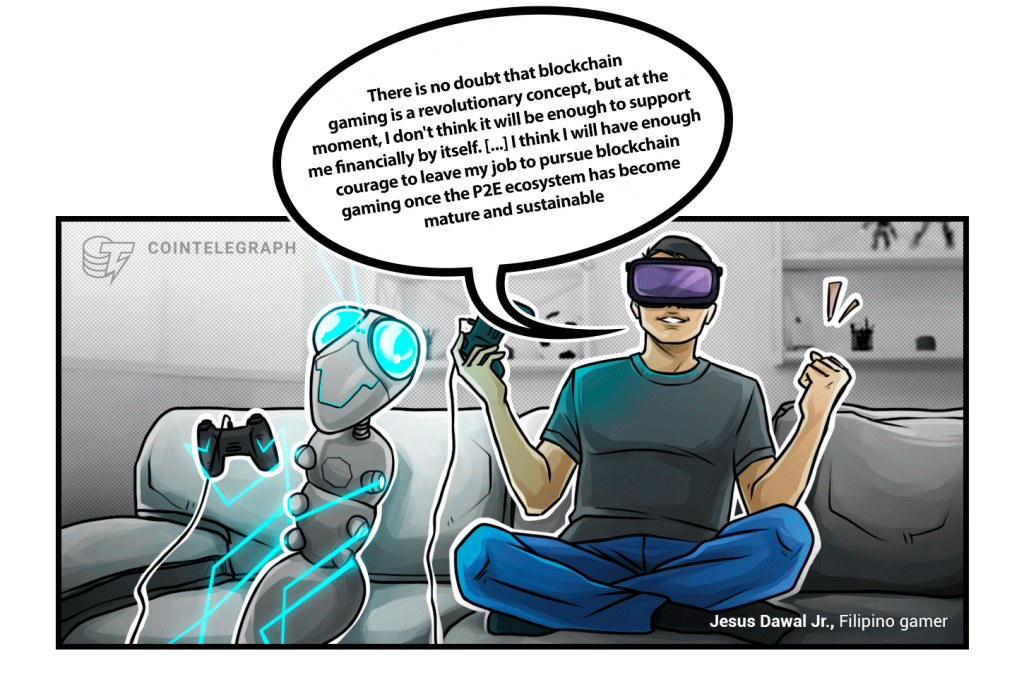 Blockchain analytics outfit Elliptic has come across a crypto wallet that could be of particular interest that could potentially be connected to prominent sanctioned Russians. The wallets contents total millions of dollars in value, although further specifics were not given.

Its not proving out realistic that oligarchs can completely bypass sanctions by moving all their wealth into crypto, Tom Robinson, Elliptics co-founder, told Bloomberg. Crypto is highly traceable. Crypto can and will be used for sanctions evasion, but its not the silver bullet.

Millions of crypto addresses have been traced to crime associated with Russia, with hundreds of digital asset services facilitating anonymous crypto swapping via the Russian ruble, based on Elliptics sleuthing.

RBI seemingly wants to ban cryptocurrencies, but not for the reasons you might think

Indias central bank, the Reserve Bank of India (RBI), expressed a desire to ban crypto assets, as per a statement published this week. The RBI fears that crypto adoption could undermine the usage and dominance of the rupee, Indias national currency, and cause other issues.

Historically, private currencies have resulted in instability and therefore, have evolved into fiat currencies over centuries, the RBI said in the statement. The retrograde step back to private currencies cannot be taken simply because technology allows it […] without considering the dislocation it causes to society’s legal, social and economic fabric of society.

Decentralized finance (DeFi) solutions Hundred Finance and Agave were exploited for $11 million by an attacker who managed to exploit a wrapped Ether (WETH) contract function on Gnosis Chain, a stable payments platform. Put simply, the attacker was able to drain more funds by continually borrowing against the same collateral they were posting.

The $11 million sum was stolen via a number of different crypto assets, including the aforementioned wETH, but also wrapped BTC (WBTC), Chainlink (LINK) and USD Coin (USDC). Agave and Hundred Finance both halted their protocols in tandem amid the investigation. 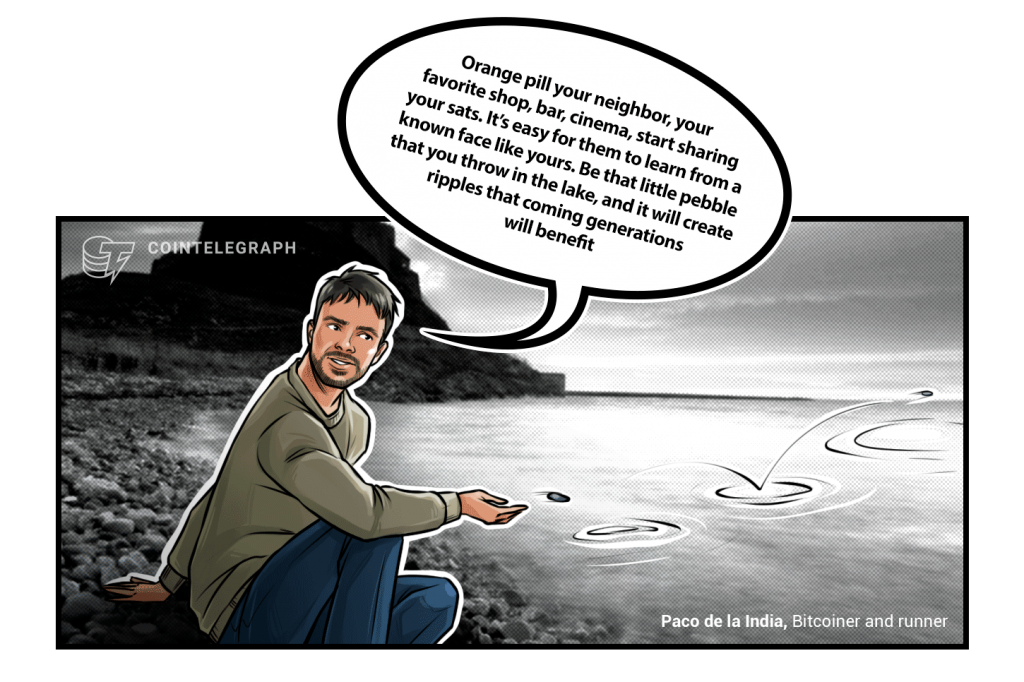 You don’t need to be angry about NFTs

‘We don’t like our money’: The story of the CFA and Bitcoin in Africa

African crypto experts and entrepreneurs explain why the CFA franc is an uncomfortable currency and why Bitcoin is making waves as a replacement.

Russia’s central bank goes to war: Is cryptocurrency a friend or foe?

Policymakers in Moscow are scrambling to rethink their approach to digital currency as one of several means of protecting the increasingly isolated economy. 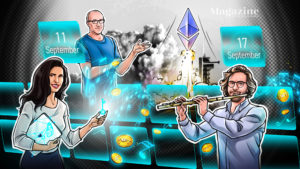 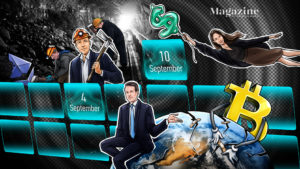 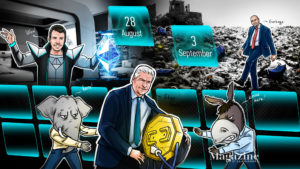