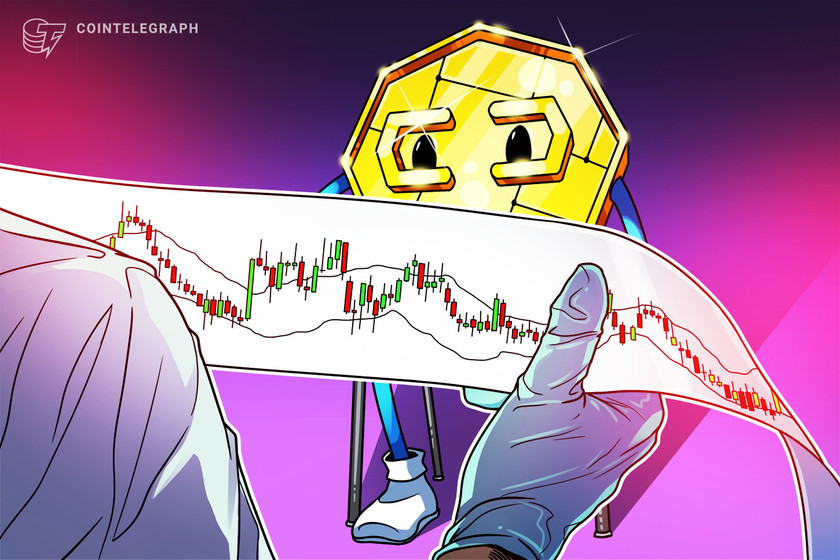 The bottom might not be in, but a report from Arcane Research outlines how the crypto market could perform in the short, medium and long term.

As November begins, analysts are busy dissecting the major market movements that occurred in October. While Bitcoin (BTC) stayed relatively unchanged with only 5.89% growth in October, Arcane Research senior analyst, Vetle Lunde mapped out the direction the market might take in the next few months.

“Uptober,” a reference to Bitcoin’s bullish historical performance in the month of October, was a common theme across many threads on Crypto Twitter and, according to Lunde, this performance appears to have happened once again. Data shows BTC and exchange tokens outperformed the large caps index up until Oct. 26.

October’s Bitcoin spot market was driven by increased volume and lower volatility, while benefiting from a short squeeze that briefly invigorated the market. According to Lunde, the last week of October saw the largest short liquidation volume in crypto since July 26, 2021.

While this activity helped push Bitcoin up by 6%, Ether (ETH) and BNB (BNB) saw more substantial gains at 18% and 19% respectively.

The short squeeze helped give an overall boost, but Lunde concluded that the momentum did not create a substantial change in BTC price. BTC spot volume is up 46% in the last seven days, and the 30-day volatility index is at a two-year low. Furthermore, the seven-day volatility index is sitting at 2.2%, whereas the yearly average is 3%.

While Bitcoin is priced attractively, the best approach to this market is to dollar cost average in the short-term rather than using leverage, according to Lunde. Bitcoin has been experiencing uniquely low volatility and follows the U.S. equities market closely, so it is important to track Q3 earnings reports.

According to Lunde, there are two scenarios to watch for:

“Scenario 1: Jerome Powell remains astute in combating inflation and prepares the market for further hikes. This is, in my opinion, the most plausible scenario. In this environment, I expect correlations between BTC and other asset classes to remain elevated and the now 4.5-month-long trading range to hold firm, with dampened activity, leading to a longer lasting opportune environment to stack sats.”

Under the second scenario, some analysts believe that crypto could begin to decouple from U.S. equities. This reaction could mirror the crypto market’s reaction in mid-2020 that pushed the Bitcoin price over $20,000.

What to expect in the long term

In the longer term, Lunde predicts that the adoption of Bitcoin and digital assets will continue to be an emerging trend. Pointing to a Fidelity survey that showed an increase in interest from institutional markets in 2022, Lunde remains bullish on BTC at the current price.

Even though Bitcoin is seeing less on-chain transactions, increased participation from a clearer regulatory framework is possible in the long term. A clearer framework could eventually emerge if the U.S. electorate starts to consider crypto policy when voting.

Bitcoin’s muted growth, its correlation to equities and a sticky downtrend for nearly a year remains a threat, but many analysts are confident that Bitcoin’s current price is undervalued.